Technology changes future occupations and make many of current ones will be obsolete. In parallel it also changes the relations inside companies, ways of recruiting, but also a way to manage and evaluate employees.

Will the machines soon replace accountants, administrative workers, auditors, cashiers, but also financial analysts, general practitioners or lawyers? Can the legal service soon be replaced by the algorithm? Will professional drivers be replaced by self-driving trucks (at least on highways)? Cashiers in large stores have already been replaced in many stores. One word to remember: automation – all predictive jobs will be automated.

You may soon replace the visit to the general practitioner with a conversation with your cell phone or computer where the app asks questions and analyses your condition with the camera and your smart watch and sends you to further searches or prescribes medicines in an automated pharmacy. The pharmacists are, as you may guess, another occupation that are threatened by machines because we already have “robotic pharmacies”. Your smart watch or cell phone will remind you when to take a medicine, and it’s action will be monitored by the application. And the most wanted future occupations will be the ones that people do better than algorithms.

So what occupations will then survive at all?

All “human” interactions are difficult to replace, e.g. process management, sales or human resources. Hairdressers, teachers, doctors, but also artists and creatives of all kinds, should not be afraid of their future. Employees in R & D in Electrical Engineering, Robotics and Software are already working on future jobs, but new professions are also emerging such as Data Scientist, AI or Machine Learning specialists and innovation professionals.

Lifelong learning and the ability to adapt and learn new skills will benefit to a new labor market that will seek creators, computer engineers, careers and health workers, and professionals of many kinds.

How will companies adapt?

Much of the change is already taking place today, digital transformation also enters the last bastions of small and medium-sized enterprises that have yet resisted to the wave of computerisation. But some changes can already be seen inside companies as they are trying to attract employees not only with higher incomes or promotions, but with better working conditions, working atmosphere, working space or events. An example of a major change in technology is seen in marketing – companies are advertising on Instagram or Facebook using direct marketing or influencers.

How will companies change their way of working?

One way is to use a model of ‘start-up corporation’ with the ability to quickly modify and adapt business models and strategies, just as it is used in successful start-ups. In addition, companies can still use a wide range of employees’ knowledge and built-in internal and external networks, as well as their long-term ability to perform, like rounding off the entire production cycle. In the new world, the winners will be the same as in history, those companies that innovated, those who adapted and eventually, or at least those who copied. Many companies will have to change from within, by changing the culture within the organization, and initiating internal entrepreneurship, creativity and openness to ideas.

Radical changes such as the absence of a hierarchy, the disappearance of working time and workplace, disappearance or change of office as we know it are hard to accept, but will all these changes eventually bring a system that will be more humane and more advanced?

Technology advancement should bring a better balance of work and rest, by increasing leisure time. On average, people are now working less hours than hundred years ago, and the future should lead to further reduction in working hours.

Existing occupations will cease to exist, and people will be evaluated by their skills.

Technology creates new opportunities and change the existing state. Only one thing we know for certain, the only constant we can count on is the change. 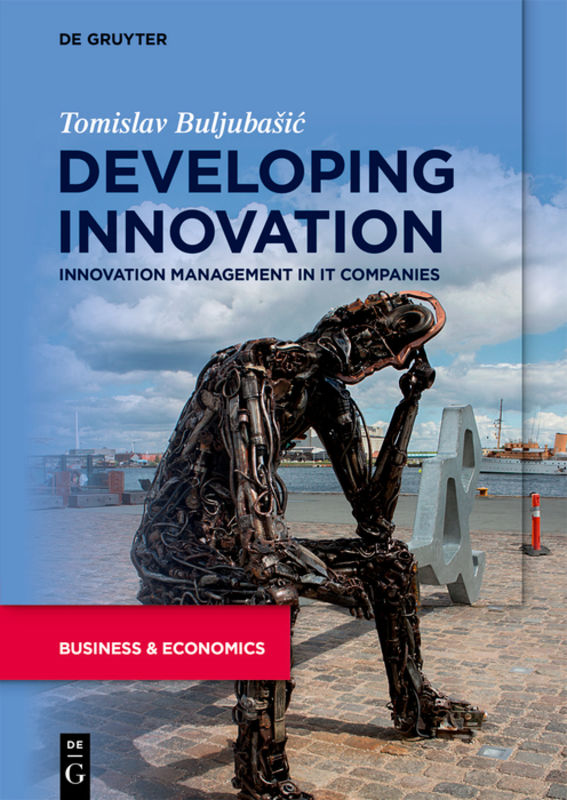 Creativity from the scratch - Innovation in IT Podcast

How to present Creativity process from the scratch and how to give first insights into this topic? I was invited to create six creativity lectures for entrepreneurs and future entrepreneurs. The idea was to offer six 3 hour workshops in which I could explain the creativity theory and give some examples from praxis. In this podcast I explain how this was done.